There's this Simpsons episode in which they go to a swap meet and Bart picks up a "pencil holder," to which Homer says...oh never mind, I found the video. Here:

This line has been in my head for a couple of weeks now, only replace "seen" with "written" and "bong" with "blog." Yep. I haven't written a blog in years. Or weeks, really. But it feels like years.

And frankly, it may be awhile still before I write an actual, substantial blog that's not just pictures of what I ate this morning. I think that right now, I'm busier than I've been since I was in grad school. Yes, busy with weddings and traveling, but that still means busy, guys. Okay? And there just hasn't been time for blogs and writing. There will be soon, I hope, but not at the moment.

So for now, enjoy these pictures of what I ate this morning. I think I made one of my best breakfast sandwiches ever. And you just have to hear about it!

First off, I got these eggs from one of the families I teach. They have chickens in their backyard that lay 2-3 eggs a day, apparently, so I got these! By the way, does anybody want chickens? They're looking for a new home for them. Let me know. 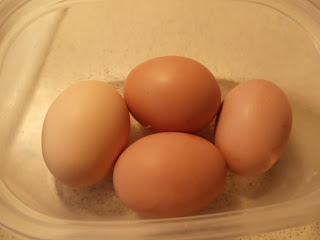 I had some leftover pesto from some dinner I made, and some goat cheese, so I spread some on each side of an english muffin. 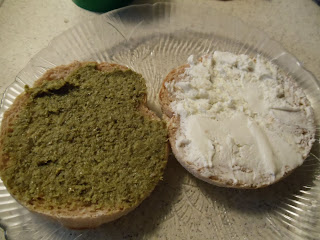 Then I put a layer of this really thinly-cut rosemary ham from Trader Joe's on top. Ham. All of a sudden I love ham. What's happening? 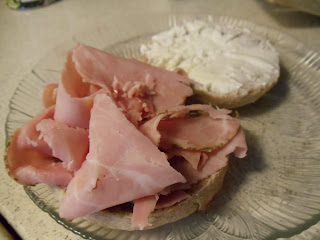 Next I fried one of those eggs, over-medium. Over-medium is awesome, because you can smoosh your sandwich down and all the yolk breaks on top of the rest of the sandwich. That'll happen later. 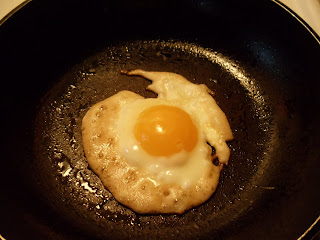 I put the egg on top of the ham. I like the cheese to be the top layer in most sandwiches. 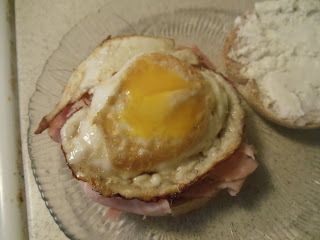 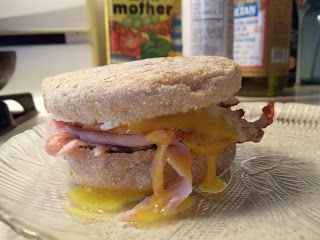 Some day we'll talk about something that isn't food. Some day...not today.
Posted by Reem Tara at 8:51 AM 3 comments: