My cousin Luai is a stand up comedian. I like to think he's almost as funny as me. Almost. Aw, who am I kidding? He's hilarious! Though you may remember him from such stories as this, you'll probably want to check out some of his standup here. I'm gonna go out on a limb and say that you'll find this hilarious if you're Arab. Or from Chicago. Or if you're a person with a sense of humor at all. Look, just watch it everybody.

Anyhow, about a week ago, I posted something on facebook about how I haven't blogged a lot lately. While I have been writing, it's mostly not share-y stuff. You know. Fall and winter. Feelings. Wah wah. But, I really am missing blogging, and thankfully, my hilarious cousin proposed that he and I make a deal to stay accountable to each other. He's been wanting to do more stand up lately, so we're checking in with each other on getting our respective things done. I mentioned to him how I wanted to start a series about my newfound love affair with Wisconsin. Yes, I have really fallen in love over the last few years, but more recently, there have been very specific things that stand out to me and present concrete, actual reasons why. It's nice to feel like you love something, but when you have a logical and rational mind that can sometimes override your pure emotion, it's real nice to know why you love something. You know?

And so, I give you my first Wisconsin love: the sky. Or, pictures of the sky, at least.

The sunrise over Monroe. 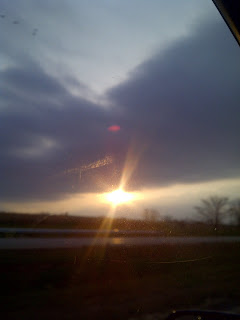 East Washington St. in Madison. View of the Capitol. 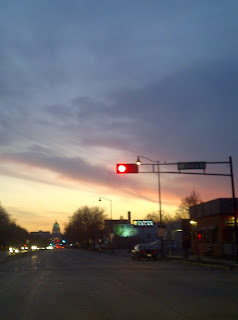 Two shots from the Beloit area. 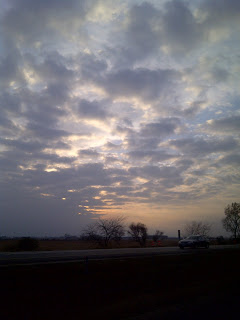 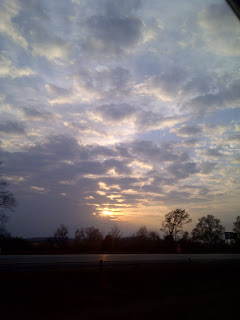 A small hot air balloon on the east side of Madison, at the beginning of a drive to Tomah. 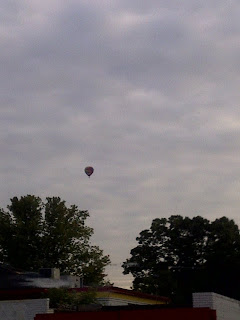 Somewhere on the drive from Chicago. Near Janesville, I think. 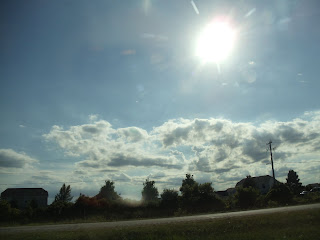 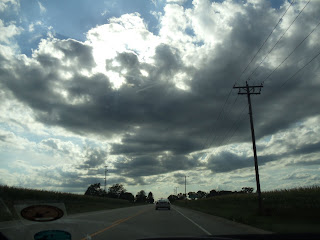 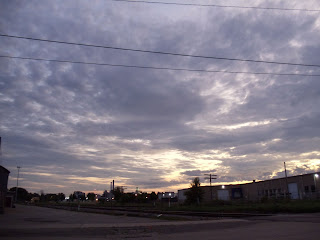 South of Columbus. 7:09 pm on the same drive as the picture above 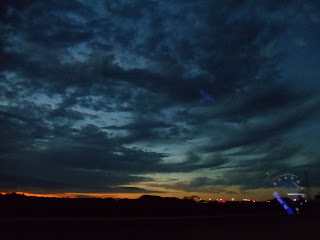 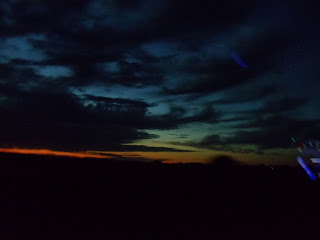 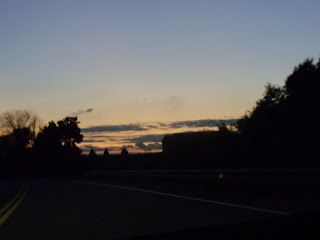 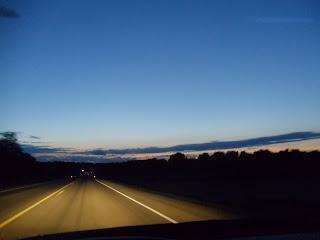 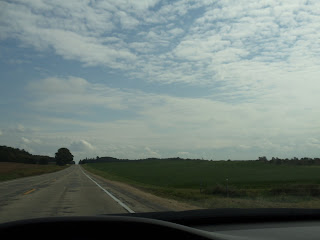 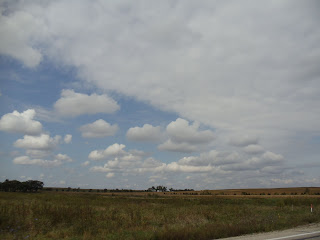 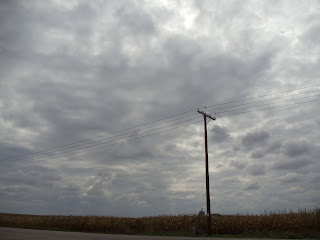 Milwaukee, leaving some hotel and following Helen in her car. 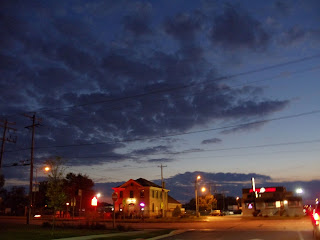 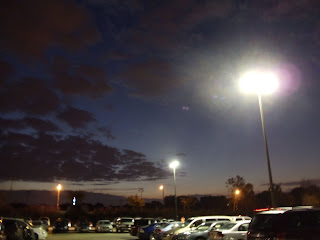 View of Lake Monona in Madison. 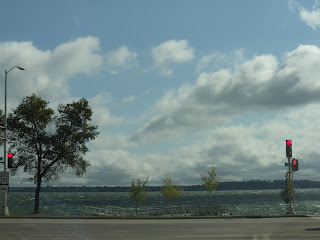 Between Monroe and Juda. 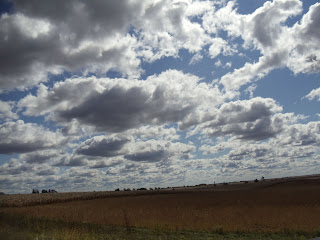 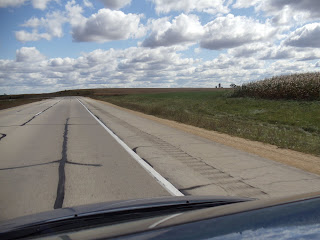 Driving to Milwaukee on a foggy morning. 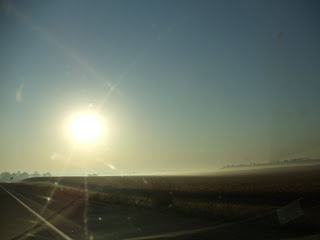 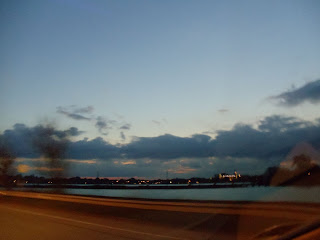 Is this in Madison? Can you tell? 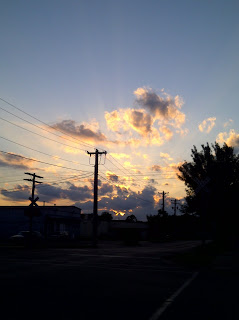 Whoops, this is from Glenview, IL. I love Glenview too, you know. 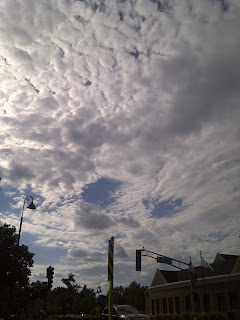 Back to Wisconsin, which this love affair is about. 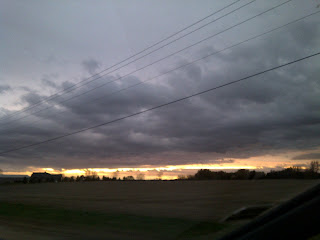 Windsor, or somewhere near DeForest. 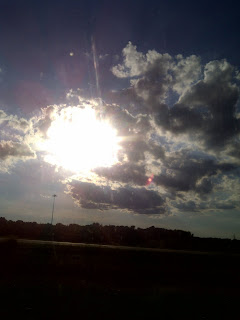 Heading west on the beltline. On the way to Quaker Steak and Lube to eat wings. 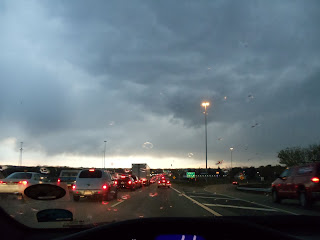 On the shore of the East Side Club, overlooking the Madison skyline and the sunset. 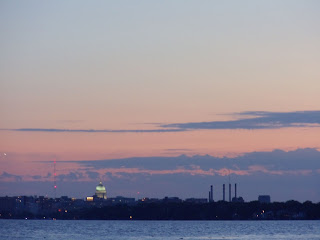 Lately I find myself wondering: has the sky always look like this? Have I missed it all these years, or has it just been especially beautiful over the last six or seven months? Am I just paying closer attention? Is something speaking to me? But mostly, I try to snap the pictures and then just appreciate. Whatever and why-ever it is, it just is. And I hope it continues to be.

Needless to say, I've been driving a lot. Which sort of conflicts with one of my potential next entries - namely the one about how in love with Madison (people and politics, specifically) I've become. I love driving and, living in Madison, that is sort of a no-no. Well, I'm very sorry Madison, but you live in an extremely beautiful state that I need to see more of. Especially that lovely Wisconsin sky. 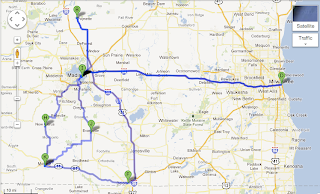