It isn't often that one has the opportunity to write or say something that will be heard or read by large groups of people, so I feel lucky that my blog has attracted so many readers over the last two years and thank you all for that opportunity. Thanks to all of you who have subscribed and read in the past - your readership means the world to me, and I hope that although I haven't written a lot lately, that you will be patient with me as I break through yet another period of writer's block and start posting pictures of my face, or maybe even some delicious food again someday.

In the meantime, please take a few minutes to read this piece by my friend Jess Haven. Ardita Bilalli, born with spinabifida and now ten years old, is very close to being sent from Madison back to Kosovo to a tiny town with limited electricity and medical care. Please read this story to see what you can do, or maybe even do a little brainstorming in case there's something ELSE you think can do to help. Seriously, everybody can do something. Thank you - even reposting helps so much. Getting people informed is an important and integral step to any kind of activism!

This is a local Madison story, but should be read by people everywhere and anywhere (hey, that's you!). No matter where you are or who you are, you can do something to help. Please read below and get involved in whatever way you can! And thank you for being such wonderful and loyal readers!

My name is Jessica Haven, I'm a social worker and I live in Madison, Wisconsin with my husband and pets. We are aspiring filmmakers with a strong interest in sharing human rights stories with the world. I am not reaching out to you today on my own behalf, but on behalf of a vibrant and kind ten-year-old girl whom I met only a few days ago. Her name is Ardita Bilalli and I read an article about her in a newspaper recently. Ardita has won many life-saving battles after she was born in a war-torn country with a slew of medical problems and now faces one of the biggest and most frightening prospects to date. She and her mother must return to Kosovo where her life and health will be compromised if they cannot get an exception to stay in the US. After reading about her, I made contact through her website to find out how I could help and before I knew it, I was in her living room with the camera rolling as she, her mother and her uncle shared her moving and urgent story.

Ardita was born prematurely in Kosovo during the war in which 16 of her relatives were killed. About one million people from Kosovo were displaced and her mother, Shemsije, was hiding from the paramilitary. Shemsije gave birth to Ardita in a bombed-out school beneath the glow of a light powered by a tractor battery. There was no roof and Shemsije was terrified. Ardita's uncle Gani had moved to the US a few years earlier but could not get any word on his family's well-being back in Kosovo. When he finally did make contact, he learned of his niece who had many medical problems. When Shemsije was able to get medical attention for Ardita, it was discovered that she had myelomeningocele spina bifida. She received daily injections to control infection but doctors could do nothing more as hospitals during the war were gutted and had no equipment.

Gani, Ardita's uncle, applied for help from the Shriners Hospital in Chicago and Ardita and her mother moved to Madison when Ardita was 2 1/2 years old. Upon receiving medical attention at Shriners Hospital, it was learned that Ardita had bladder and kidney problems. She has had nine surgeries in her ten years of life. She also has seizures and wears back, hip and leg braces so she can walk at times. The braces need to be adjusted and repaired as she grows. Ardita also has a shunt that drains excess cerebrospinal fluid from her brain. Her health is currently stable but she needs a daily regimen of medications and catheterizations and frequent medical appointments to keep it that way. She may grow out of her shunt at any time and could require an ambulance trip to the ER if it becomes dislodged.

Ardita's father, Sami, lives in Kosovo and has been denied visas in the US three times. Ardita and her mother have only seen him via the Internet since she was two years old. As Ardita grows, her mother struggles to care for her and lift her and wishes her father could be here to help. Ardita misses him terribly.

Ardita and Shemsije's visas have expired and in order to renew them, they must renew their passports, which have also expired. In order to renew their passports, they must return to Kosovo because there is no embassy in the US for them to do this here. If they return to Kosovo, they are at great risk of never being granted US visas. And in Kosovo, Ardita will not have the necessary resources for her survival. Her mother fears that Ardita may even die on the long plane ride there.

Ardita's father lives two hours from the capitol city of Pristina, where any medical treatment is located. He has no car, electricity is intermittent in his village, and he is unemployed. The family would not be able to afford rent to live in Pristina. And even in Pristina, the medical care and technology cannot rival what Ardita needs and has received here in the US.

Despite everything she has endured and the frightening prospect ahead, Ardita continues to smile, play and see the good in everything and everyone. Within five minutes of meeting me, she gave me a beaded headband she had made and later, upon our departure, she handed me a fresh-picked dandelion. She joked and laughed with her cousins and when I asked if she wanted to give her mom a hug when she was crying, she said, "Naw, she's alright." Ardita is well-liked at school and her classmates even threw a fundraiser for her. A group of parents operate her website (www.helpardita.com) where people can donate or contact them with ideas and connections. Gani says that Shriners Hospital gave Ardita life while Elvehjem Elementary School gave Ardita a life. He explains that even at a young age, the war took its toll on Ardita. She would not leave her mother's side, even in the bathroom, without screaming and crying and was intensely frightened and uncooperative during medical appointments. Her teachers, peers and medical staff have provided much-needed socialization and now she is a bright, beautiful, well-liked child who says she even enjoys going in for surgeries. She aspires to someday be a nurse AND a doctor!

Filming this family was like no other experience for us. One does not walk away from a desperate mother begging for her daughter's life without being deeply impacted within. This is on our watch, too, now and we will not stop searching for a solution until its fruition. Ardita and Shemsije have purchased plane tickets for June 21, 2010 and say that every day and every hour speeds by. Gani says that his family has devoted the last eight years of their lives to Ardita's survival and if she goes to Kosovo, it's like giving up - shutting down her life, he says. Ideally, Shemsije says, she would like for her and Ardita to continue living here and have her father Sami join them so he can work, provide for them and help with Ardita's care. Gani says that Sami would work twenty hours a day, seven days a week if he were here. Shemsije adds that they are not here for fun - only to save her daughter's life. Ardita says she loves and misses her father and wants to see him. Shemsije told us she once heard Ardita tell someone that she is going back to Kosovo to die but it is okay because she will get to be with her father.

Shemsije said that if Sami cannot be here, she would still like for her and Ardita to stay, in Ardita's best interest. And finally, if they cannot stay, they need money and connections anyone may have to the resources they need in Kosovo: water filtration, a reliable generator and fuel, transportation, an English-speaking school, and referrals to non-governmental organizations that can help them there.

Ardita has experienced many miracles and beat great odds throughout her short lifetime and she and her family hope and pray for another one. Will you be part of her next miracle? 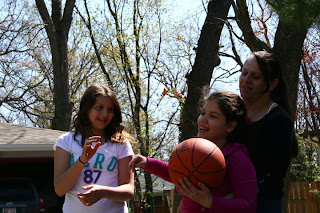 Ardita, being supported by her mother, playing basketball with her cousin Mergime 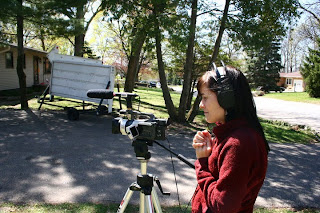 Jess films Ardita and her family (video to come soon!) 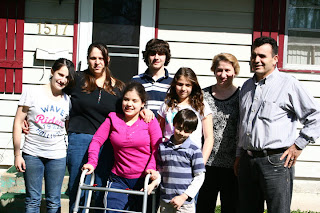 Ardita with her mother, cousins, aunt and uncle 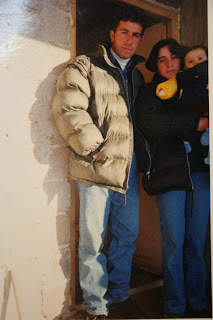 Ardita with her mother and father in Kosovo 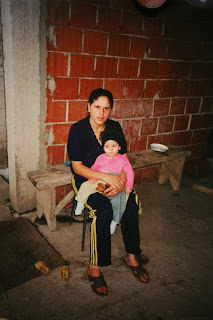 Ardita and her mother tired, ill and hungry in Kosovo 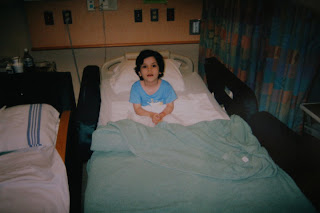 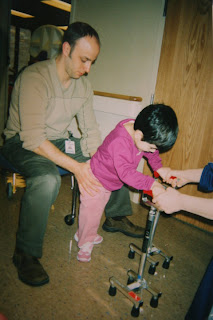 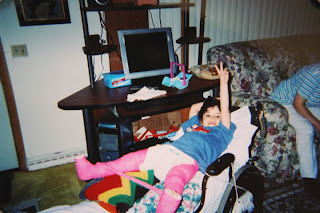 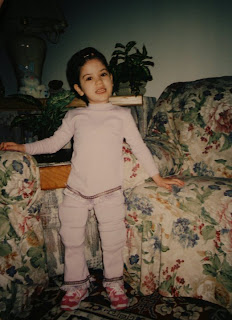