I honestly cannot find the words. I've been trying, but it's not happening. All I can figure out to say is that I will never not see them. I will never be near them and miss them. I've never had a band in my head like this before.

Tuba Girl smiles while playing the souzaphone. Some people might say that this is just the way you have to hold your mouth while playing, but I still think she's smiling. And Nick's face was the most beautiful thing I've seen in forever. Who knew that you could fall in love when you see a man raise his eyebrows to hit the high notes?

And thank god Jacob is so tall, because during "Transliteration" I looked up at him but ended up looking past him to the tall windows and just as the song swelled and the music grew and everything came together, more than 50 white birds flew outside the window in loops and figure eights, flapping their wings all crazy and swooping around each other and almost hitting each other. And as the song died down, one by one, they disappeared until the sky was clear and empty and silent. 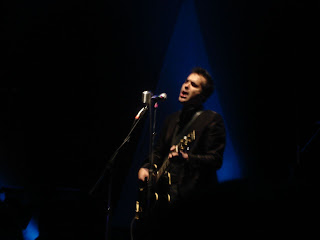 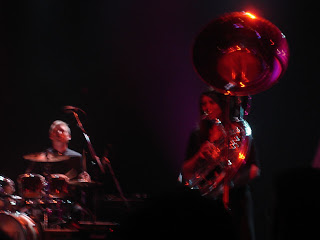 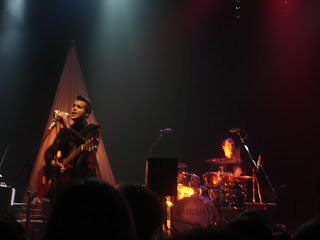 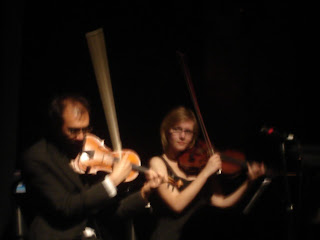 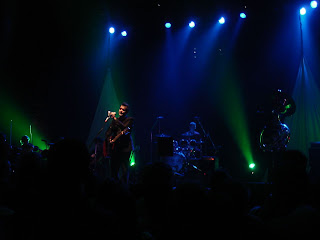